Termites are different from ants (See above, ants on the left, termites on the right).

Florida is relatively rich in termite species diversity compared to the rest of mainland U.S. Twenty-one termite species were recorded in Florida and among them at least six established were invasive species (more than any other states), mostly due to the sub-tropical climate of Florida and high human activity.

Among all termite species present in Florida, only a handful of species are actually considered pests. Such termites were categorized in different types of termites, according to their lifestyle and habitat. 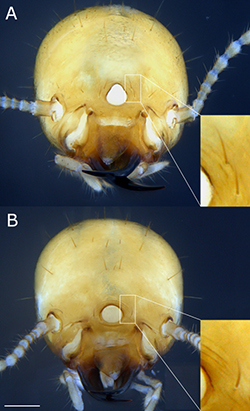 Some termite species are difficult to differentiate. Sometimes, a small difference separates them.