Termites are social insects that form large colonies. During swarming events, male and female alates are produced from mature colonies. A male and a female pair from such swarms, drop their wings (dealates) and found a new colony, to become king and queen. The queen lays eggs, which develop into larvae, and then worker or soldiers. For several years, the colony grows to reach thousands to millions individuals, depending on the species. When mature, the colony produces nymphs, which turn into alates. Such alates then proceed to the dispersal flight (swarm). 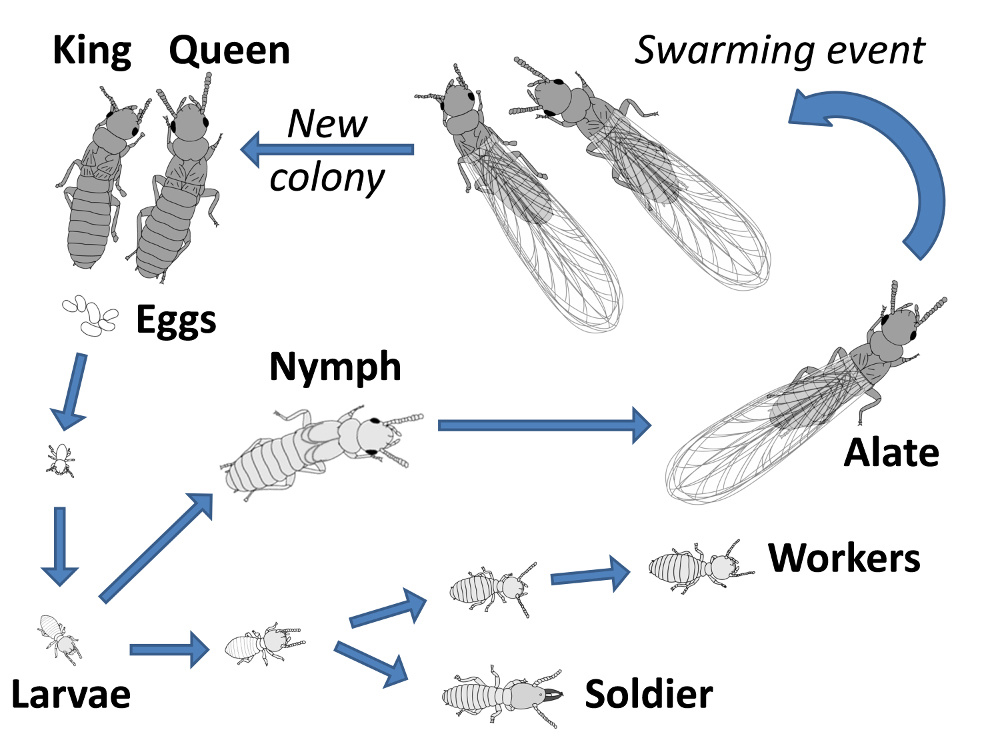